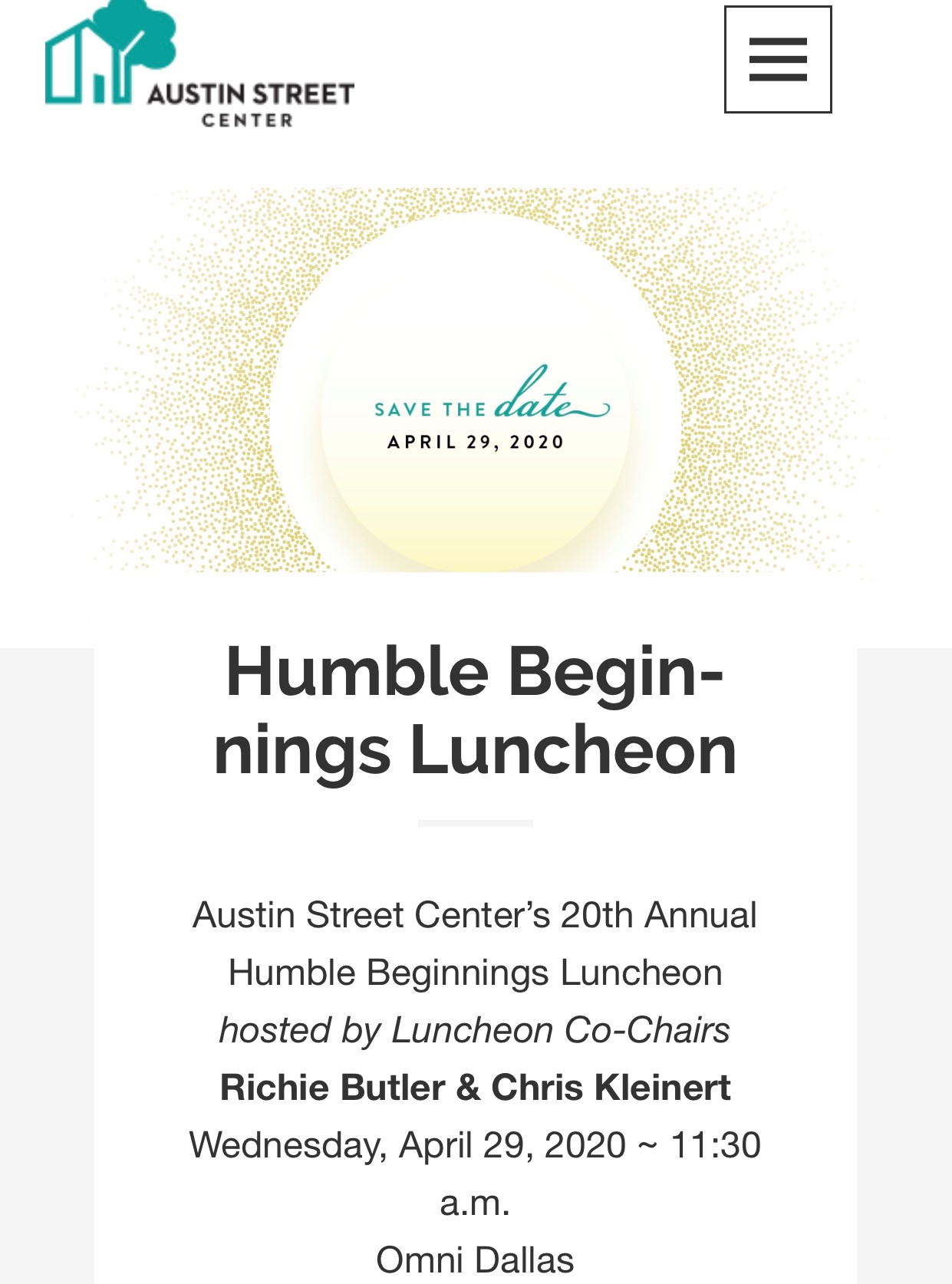 Please join us on Wednesday, April 29, 2020 for the 20th Annual Humble Beginnings Luncheon featuring Tony and Grammy Award-winning performer, Leslie Odom Jr. as this year’s keynote speaker. Best known for his breakout role as ‘Aaron Burr’ in the smash hit Broadway musical, Hamilton, Odom Jr. received a 2015 Drama Desk Award nomination and won the Tony Award for “Best Actor in a Musical” for his performance. He also won a Grammy Award as a principal soloist on the original cast recording.

Odom Jr. was most recently seen on the big screen starring alongside Cynthia Erivo and Joe Alwyn in “Harriet,” the story of Harriet Tubman’s escape from slavery and transformation into one of America’s greatest heroes responsible for freeing hundreds of slaves. Spring 2019, he released a book – Failing UP: How to Take Risks, Aim Higher and Never Stop Learning. Written in the style of a commencement speech, the book brings together what Odom, Jr. has learned in life so far, tapping into universal themes of starting something new, following your passions, discovering your own potential, and surrounding yourself with the right people. In 2018, Odom Jr. released “Mr” – his first album of original songs.